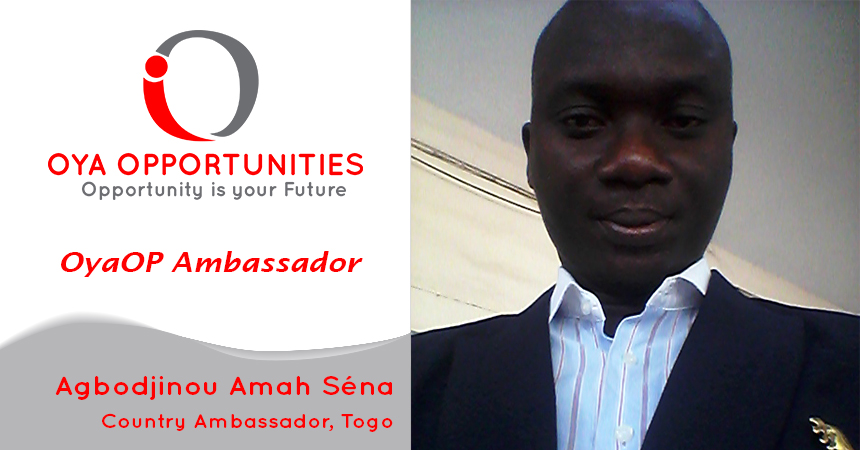 Graduated in Contemporary History from the University of Lome in Togo in 2012, Agbodjinou Amah Séna is currently a Togolese entrepreneur, responsible for the writing and training structure called La Routine Society Group created in January 2016. His first book with this structure is "contemporary history seen from the corners of the eyes'', published by the Editions Universitaires Européennes in April 2016. In July 2016, pushing very high to be part of a family of professional author, he made his first steps with AFNOR Editions, where he participated with other authors experienced than him, in collaboration with the ready-to-use KIT, update 61, released in November 2016 with his article ''sell a product using the powerpoint". He has also to his credit two projects for the society in general: Training project interview agents, and currently the e-stand virtual job, intended to modernize the process of recruitment of corporate personnel, which was before physical but will now be exclusively online. With other professional experiences and leadership qualities, he is willing to carry out all the major challenges entrusted to him, including this one.