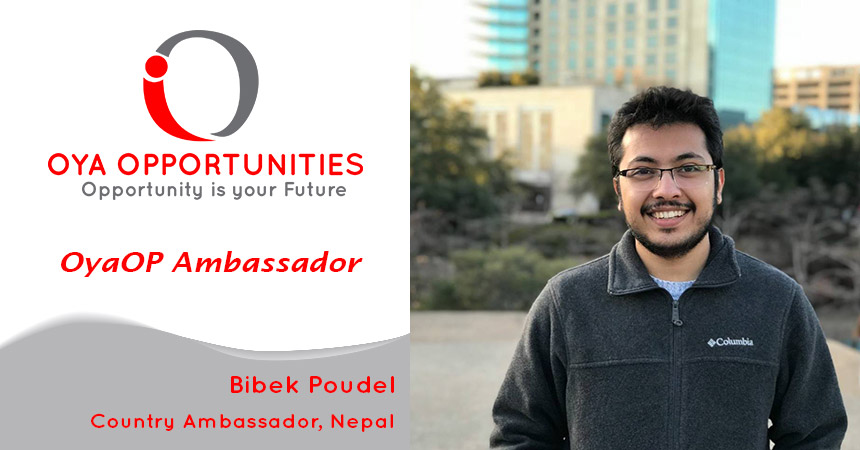 Bibek Poudel, is an undergraduate student in Columbia College, United States. He is double majoring in Computer Science and Mathematics. Bibek completed his school level in Small Heaven School, Chitwan, Nepal and his A-Levels from Xavier International College, Nepal. He represented Nepal in Asian Science Camp 2015 in Thailand. He was also the first Nepali to represent Nepal in London International Youth Science Forum (LIYSF, 2017).

Bibek is passionate about Computer Science and Mathematics. During his two years gap after high school, he went to several rural parts of Nepal and taught in schools. Before going to the US for higher studies Bibek was involved in several local organizations in Nepal.