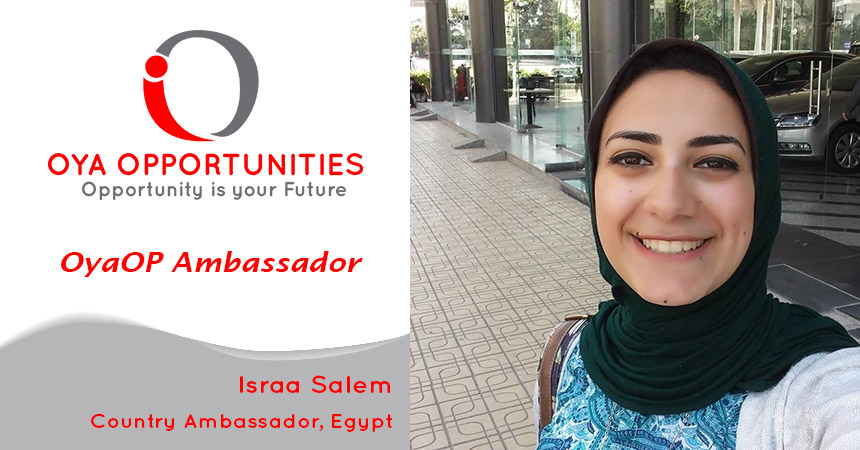 Israa is a young activist and leader from Egypt. Engaging with society and people from different walks of life has always been her passion. Thus, she chose to study physiotherapy, as it allows her to work closely with different people from different backgrounds. She is recognized as one of top 5 students in her university she has been given multiple academic honors and awards for having distinct academic achievements. She has been awarded by Bill and Melinda Gates Foundation as well as the Skoll foundation about her passionate work in her community through TEDxSmouha platform. Sharing more ideas, helping youth, empowering her community and reinforcing impact for social change has been her passion ever since she got back from TED global in Tanzania. She believes that powerful Ideas can change not only her community but also the world, under the name of TEDxSmouha she has participated as an organizer/Curator which held the roles of executive director, Coach Speaker and hosting. Miss Israa recently became a part of a team called startups of Alex which is the first business incubator in Alexandria and she is looking to prove herself as an entrepreneur and solve society's pressing problems

One of the things that mainly concerns her in my society is the problem of Girl's education and the gender gap in education. She seeks to provide an accessible educational platform for all drop-out mums that through which they can continue their education from the level they stopped at, have an accessible way without the need to leave home and take the lessons at the time that suit them best. She believes that education, networking and respecting others opinions can bring people together and decrease the gaps among them.