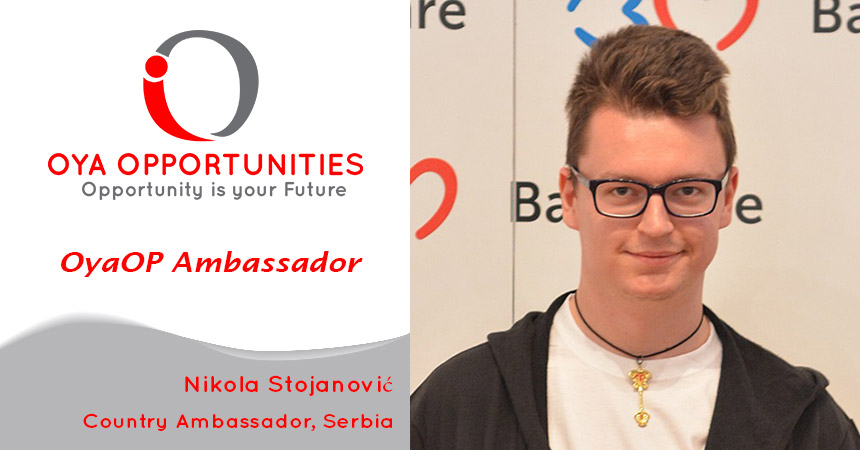 Nikola Stojanović was born in 1994 in Vranje, Serbia. He has been volunteering and promoting activism to young people who were living in his local community since 2010 and he started as a volunteer of NGO "Grupa 484" where he participated in projects which tackled minority groups, migration, literature, and art. He was also a volunteer at the Local Youth Office, NGO "Generator" and a peer educator for career support and development. As a student of Scandinavian languages, literature, and culture he never gave up volunteering, and he continued to be active volunteer when he moved to Belgrade by taking part in the activities of Centar E8 where he was involved in two Erasmus+ projects about education first in the field of Facilitation and second in the field of Gender Equality. He became a member of ESN BelUPgrade, the local section of Erasmus Student Network where he was a part of SocialErasmus team and for a semester he was coordinating the team.

He is very communicative, likes to study languages, meet new people, explore cultures and travel. He would like to inspire others to explore new opportunities, help each other, share ideas and make the world a more tolerant place.