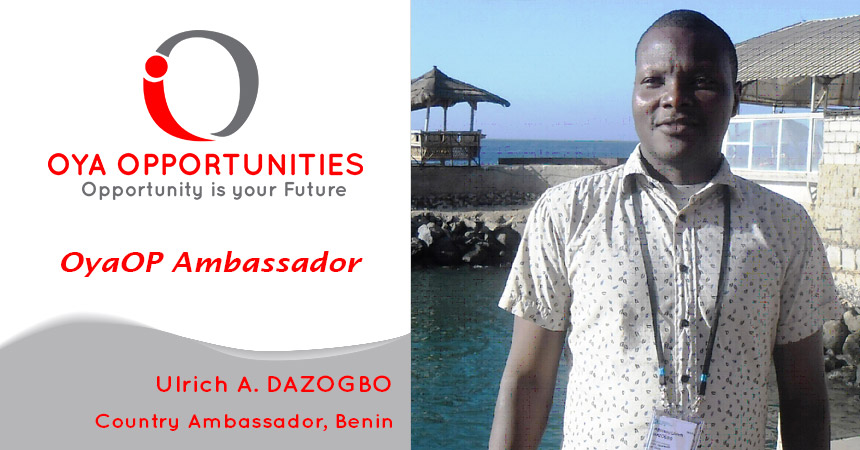 Ulrich is passionate about social work. His life story led him very early to make brilliant studies of social work and management of organizations. Thus, he joined the PERLE SOCIALE organization in which he was able to assert himself as a young leader serving vulnerable groups. He personally initiated and led teams on several social innovations. He is the promoter of several training centers in Benin, the Pan-African Association Ado Reporters Africa (ADRA) and a regional incubation center for social innovation. His activism for the protection of the environment led him to create in 2016 a company that mobilizes rural communities in green business. Its Renewable Energy Initiative, launched in 2016, continues to enjoy its merits with a strategy that makes solar energy available and at a lower cost to the most disadvantaged populations. His actions in children's councils make him benefit in 2017 from a Civic leadership training by the YALI program. Then he was named ChangeMaker by the global Ashoka program in Africa. Not to mention the Anacej Prize for Young Citizens/Category Council of the World award by France in 2017. And of course, the confidence of the US Embassy in Benin, by financing the initiative of expansion of children’s councils in all its country.

With the challenges, Ulrich had the ingenious idea to protect his achievements at the level of the African Intellectual Property Organization (OAPI) and also to engage in international networking for the sharing of opportunities between children and young people.