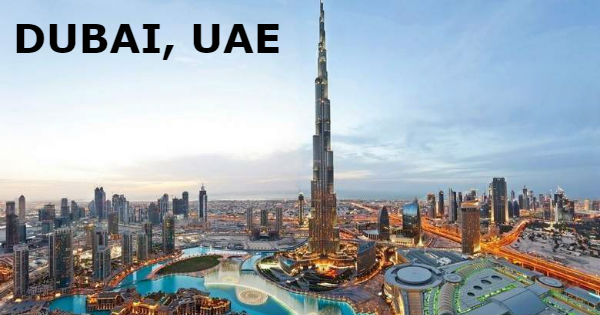 10 Most Diverse Student Cities in the World

One major draw of studying abroad is the opportunity to meet with other students from various locations and backgrounds. This opens your mind to people from different walks of life and often forms real friendships in the process. So, if you see diversity as an important factor in where you’d like to study, you may be interested to read about the 10 most diverse student cities in the world below.

Starting off with a slightly overlooked Australian city, Brisbane is the third highest-ranking of Australia’s seven entrants in the Best Student Cities index at 22nd and comes fourth in the student mix indicator. 36 percent of the student population in Brisbane comes from outside Australia, making it an ideal choice for students looking for a sunny, laid-back and diverse student city. For example, more than 18,000 of the 53,700 students at the University of Queensland are international.

Heading to the UK, the Scottish capital is joint ninth with Brisbane for diversity, with 36 percent of its student population of 51,300 coming from outside the UK. Edinburgh came 15th overall in this year’s Best Student Cities index, with its best score for the student mix indicator.

Heading back to Oceania, New Zealand’s largest city is also one of the most diverse places to study abroad. It places joint 27th in the city ranking this year, achieving fifth place in the student mix indicator. The city’s highest-ranking university in the QS World University Rankings, the University of Auckland, is also number one in New Zealand and consistently places in the global top 100. More than 8,000 of the university’s 42,759 students come from outside New Zealand.

Australia’s capital is another ideal choice for those looking for a multicultural study destination. 6.9 percent of the population are students, and of these, 39 percent are international. Canberra also places in 23rd position overall in the QS Best Student Cities index.

The joint sixth most diverse city according to the QS Best Student Cities index is Sydney. It gets the second-highest score in the city ranking for the student mix indicator, thanks to its large and multicultural student population. Respondents in our student survey said they loved the opportunities to meet people from other countries, while others pointed out the relaxed lifestyle, friendly people and employment opportunities.

The final of the four Australian cities to feature in this list is Melbourne, which is the most diverse city in the country according to our data. Students in Melbourne make up 4.7 percent of the population, with 40 percent coming from abroad – no doubt attracted to the amazing lifestyle, cityscape and cultural offerings available. Melbourne was ranked third in the QS Best Student Cities this year, and first in the student mix indicator.

In fourth place in our list of the most diverse cities for students is London. It was also featured in first place overall in the QS Best Student Cities index in 2019. Perhaps unsurprisingly given its huge population (over 14 million, depending on who you ask), London has the highest number of international students of any student city (more than 107,000), making up 41 percent of the student population. It also boasts the largest number of ranked universities in the World University Rankings (18).

As well as being the third most international location in the QS Best Student Cities index this year. Coventry boasts the highest ratio of students to overall population in this list. Students make up 8.1 percent of its 652,000 population. It is located in the West Midlands of England.

Given the huge expatriate population in the United Arab Emirates (UAE), it’s probably unsurprising to find Abu Dhabi in this list. 46 percent of students in the Emirati capital are international. And around 80 percent of the overall population is made up of expats. Abu Dhabi was a new entry in this year’s Best Student Cities index at 88th, with Khalifa University its highest-ranked university in the world rankings at joint 268th.

Finally, the number one student city when looking at the ratio of international students is the combined metropolitan area of Dubai-Sharjah-Ajman in the United Arab Emirates. It was ranked joint 60th in the Best Student Cities index and is home to around 5.6 million people. Additionally, half of its student population of 20,800 are from outside the UAE, reflecting the diversity of the country itself.