Internal Reforms, The Only Hope For Zimbabwe

by
Azon Twala
on

The United Nations General Assembly brought the world leaders together and offered chances for exchange of ideas, the engagement between governments and opportunities to invite countries to invest in foreign countries. The event, however, brought embarrassment to the Zimbabwean President Emerson Mnangagwa. (ED) as he has to address empty chairs dealing a heavy blow to his re-engagement efforts and agenda. This can be seen as a snub to a man accused of gross human rights violations in his country and is responsible for running down the economy of Zimbabwe whose choleric currency loses value day in and day out. The events may play out as a pointer to the man that maybe he needs to focus on domestic problems first such as runaway inflation, legitimacy crisis, institutionalized corruption and a weakening economy suffering from multiple diseases liquidity crunch, electricity shortages and lack of confidence.

To begin with, Zimbabwe’s problems need an urgent address as the situation in the country is toxic to the conduct of business, investment, and safety. The root of these problems seems to lay in the unresolved legitimacy crisis from 2018 harmonized elections whose results were largely contested that the main opposition refused and refuses to accept the publicized results. The opposition appealed to the country’s Constitutional Court which threw out the appeal and declared ED as the duly elected President of the Republic of Zimbabwe but, the opposition still refused to accept the results and ED as the legitimate president. This, in turn, created a legitimacy crisis which in turn became responsible for the mess that the country finds itself in. There have been calls for dialogue to solve the legitimacy issue but ED and the opposition can’t find common ground on the conditions for dialogue, the opposition MDC is quite adamant and insisting on the need for a neutral facilitator for the dialogue, ED acknowledges that he is not the legitimate president but ED and his government are insisting on holding the dialogue on their own terms that the MDC joins other opposition parties in the government facilitated Political Actors Dialogue (POLAD). The tussle on the dialogue issue has not helped anyone but create more problems for the government as even the UN Special Envoy Clement Voule has recommended dialogue as the solution to the crisis in Zimbabwe.

There is a strong need that ED is advised on solving domestic issues first before he can take his re-engagement efforts and Zimbabwe is Open for Business mantra to the world. Who in their sound mind would invest in a country beveled by currency crisis, human rights violations and doesn’t respect property rights? The answer is no one. The gross human rights violations that are systematic and perpetrated by members of the security forces are bad for re-engagement. The violent response to the January fuel protests and subsequent beatings of protesters and dragnet arrests soiled the image of the country in the international arena. Therefore, the government needs to address its worsening and soiled human rights violations by bringing to book those officers who perpetrated human rights abuses in the name of maintaining law and order. The government of Zimbabwe needs to respect the fundamental rights of citizens as enshrined in the constitution to guarantee freedom of expression, association, and right to demonstrate. The government had been in the headlines for the wrong reasons from violently quashing protest to beating protesters and denying protesters their right to demonstrate, this does not play down well with the international organizations whom the government has tried to assure that the new dispensation respects human rights and guarantees civil liberties. The situation as it plays out is bad for investment and relations with other countries.

The tanking economy has provided reason and motive for the masses to lose confidence in the government. The causes for the sinking of the economy can be found in policy inconsistency and lack of confidence in the monetary authorities and government. The government arbitrarily re-introduced the Zimbabwean dollar in February and in June it again made that the only legal tender doing away with a 10-year multi-currency regime and in the process prejudicing business of their investments. This was received with widespread condemnation and inflation soared, prices of basic goods skyrocketed and triggered an artificial shortage of basic goods in the market. This made businesses lose confidence in the government which had long been suspected of lacking consistency in its policy. The currency crisis has not been resolved and the government is focusing on maintaining the status quo of its ministers and running on a surplus whilst the majority of citizens suffer and bear the brunt of a poorly managed economy on its death bed. The president needs to address the economy which apart from dying is plagued by electricity shortages, low production capacity, exchange rate manipulation and a currency crisis among a whole host of other problems whilst the president has a penchant for hiring luxurious private jets which cost the country millions in foreign travel on a re-engagement drive which has bore nothing except empty promises and Mega deals whose implementation is yet to be seen.

The argument from a man on the street is that instead of hiring private jets let us use the scarce foreign currency on buying medicines for hospitals, purchase water treatment chemicals, increase salaries of civil servants rather than go on a wild goose chase disguised as re-engagement by ED and his government. The problems facing Zimbabweans are real and they need to be addressed unless they become a security threat to the government and SADC region. The government seems to be suffering from misplaced priorities, it’s rather wise to address the plight of the citizen than to please a foreigner who may or may not come to invest in the country especially one with a history of violation of property rights and basic human rights.
ED must borrow lessons from Napoleon, Bismarck, Kagame and other prominent political leaders this world has seen. He must acquaint himself with their internal and external policies especially the need to learn the need for internal reforms first such as the economy, human rights, employment creation, poverty alleviation and then go on to re-engagement or foreign policy reforms because internal reforms influence external reforms. In other words, the lesson from history is that the statesmen mentioned began with internal reforms and external after. That’s the progressive political sequel. President ED must know that trips to Japan, Russia, South Africa, and the United Nations won’t achieve anything. Zimbabwe must reform internally for example dealing with legacy issues of gukurahundi which tarnished Ndebele-Shona relations and divided the country along tribal lines sowing deep-rooted hatred and agricultural reforms.

These two reforms will make Zimbabwe a little London. ED must practice politics of inclusion through reviewing and fixing Mugabe’s greatest mistakes which should be a priority. Mugabe and his ruinous policies killed industry, production, and agriculture which were the mainstays of the economy and ED inherited these mistakes and a comatose economy. Bulawayo the industrial hub of the country was reduced to a ghost town. Thus, the ED must stop following Mugabe’s way of doing things. Internal reforms that will bring life to Bulawayo’s. The need to accept the government’s participation in the gukurahundi atrocities and apologize to the people of Matebeleland will bring closure and hopes of a unification of Mashonaland and Matabeleland which are polarised communities in the same country. Zimbabwe today suffers from brain drain with peoples of the country scattered in South Africa, Canada, Australia, and the UK, working tirelessly enriching these countries instead of Zimbabwe because they ran away from bad policies and poverty. Poor internal policies are to be blamed and ED must carry out internal reforms first to bring back the citizens who have amassed the needed expertise to lift the country from the doldrums of poverty and help in efforts to turn around the economy. A country with viable internal reforms and policies advertises itself and nobody will be needed to market it at the United Nations given that the world is not convinced that there have been any real changes in Zimbabwe and if there is any change it is smoke mirror change.

ED’s work is cut out for him, he needs to implement comprehensive reforms within the country before taking his gospel of a new dispensation to the world as it stands any difference between him and his predecessor is nonexistent! 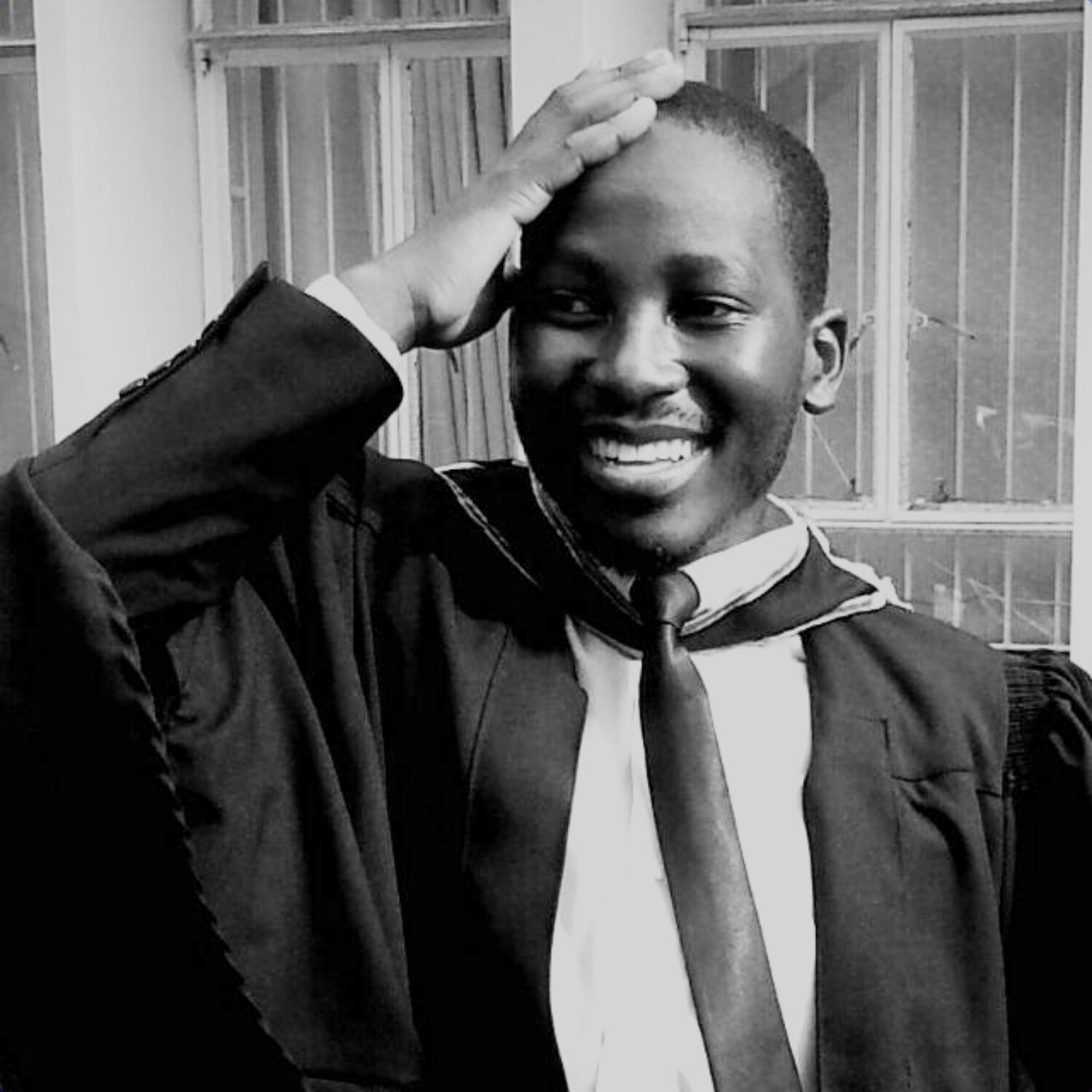