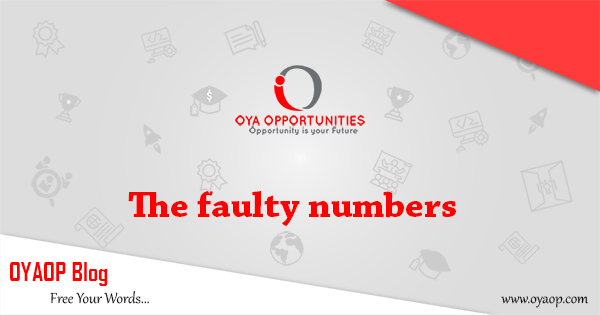 by
Ahmed EsamEldin Salah Raway
on

A couple of weeks ago, I was stuck in a traffic jam in Cairo. Pedestrians seized the opportunity immediately and passed the street while the cars were waiting. Among the people passing by my car, I noticed a moderate size family. The family members were a father, a mother and three daughters, I guess. Right now, I don’t really recall what grabbed my attention to them. These people were awkwardly common. I guess that being a common part of the tens of people crossing the street was what grabbed my attention and inspired me to write this article.

I remember the thoughts that passed my mind after focusing on this family passing by. I was so frustrated of the slow traffic that I imagined myself bumping them with my car while trying to escape the crowded streets. What crossed my mind then, as a young journalist, was how the media would describe the act. What would be the headlines? I had different scenarios in mind. One newspaper would write that a frustrated failed attempt to escape the crowded streets resulted in the tragic death of a family of 5. Some other would write that a vicious attack held by a lunatic driving a car killed 4 females and a male.

This imagination was so interesting to me. I tried to figure out the subjective points of view and how different views people would have on a breaking piece of news depending on the way the data and other information are presented. The psychiatrist would see the first headline as an indication of people losing patience and having a temper because of the stressful modern life. Engineers would discuss how the traffic congestions could be resolved and how they could build passage for people who tend to move from a place to another on foot. Police officers would search for any previous rivalry or clashes between me and those family members. Feminists would see that this was an act of aggression which targeted 4 females. They would dig through my history trying to find any glance of masculinity posted on my online profiles of Facebook and Twitter. It seemed remarkable to me how everyone’s background would affect his judgment upon such a piece of news or any other piece. It also disgusted me how newspapers would try to formulate a catchy headline to gain the satisfaction of its desired audience and to serve their funded propaganda.

I also asked myself, “If it was so easy to guide the readers through headlines designed specifically for that purpose on such a trivial matter as a car accident, then what can governments and other funded news agencies do regarding other issues which are far more important and critical?”

You may guess right now that I am overwhelmed by the conspiracy theories. As a football viewer and a supporter to Liverpool FC, FC Barcelona, and AlAhly FC, I am acquainted with the numerical and statistical analysis of the players on the pitch. This player managed to retrieve the ball three out of four times. That player completed ninety passes, and so on. Some people tend to judge players depending on the statistical analysis only. I know that numbers describe a great deal of reality.

However, There is a big part missing which can only be known by the viewers of those football games. A player can conduct 15 kilometers running around the pitch without aim and that doesn’t make him an effective player. Another player can pass 150 passes per game, yet they are all passively directed to his defensive zone with no attacking creativity, and this doesn’t make him a maestro either. Strikers who don’t score a brace every match aren’t necessarily bad or ineffective. They may act a tactical role which allow their teammates to pass and generate chances and score goals. Some supporters which are biased because of nationality, religion or any other sort of affiliations can misuse such statistical analysis, which doesn’t reflect the whole game, to attack some players or praise others.

To conclude, I must gather an appropriate amount of information before making a stand regarding any current issue. I must go far beyond the headlines of the newspaper. I must not believe any official statement unless I have the sufficient information supporting that claim. I must revise my situations and decisions to make sure that they aren’t biased. Analysis and presentation of a data can follow different paths. The presentation of the numerical analysis of data can change dramatically according to the purpose and the cause of the statistical process as all numbers may be faulty. 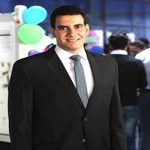