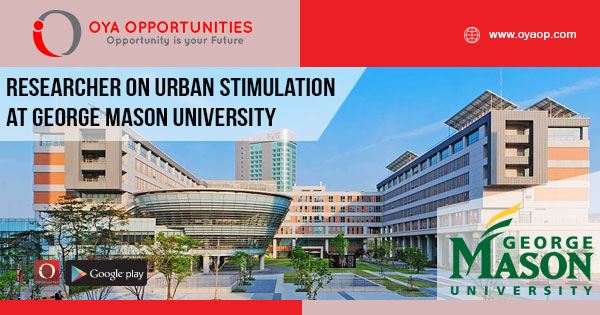 Academic Job
Country: USA
City: Fairfax, Virginia
Save
Looks like you haven't logged in. Login to save opportunities.

Position: Postdoctoral Research Fellow on Urban Stimulation under the Department of Geography and Geoinformation Science

George Mason University (GMU) is a public research university in Fairfax, Virginia. Mason began as a branch of the University of Virginia in 1956 and later became an independent institution in 1972. It is the largest four-year public university in the Commonwealth of Virginia. In addition to that, Mason faculty have twice won the Nobel Memorial Prize in Economics. Mason offers undergraduate, master’s, law, and doctoral degrees.

The university is accepting applications for Postdoctoral Research Fellow on Urban Stimulation of Geographic Science. The position holder needs to contribute to the project that is already running from Spring 2018.

In particular, the incumbent will be performing the following tasks to aid the research project