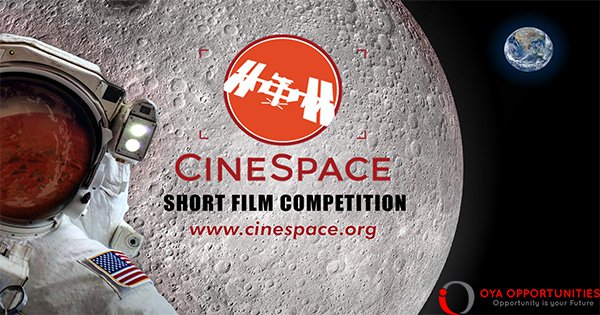 Competitions and Awards
Country: USA
City: Houston
Save
Looks like you haven't logged in. Login to save opportunities.

NASA and the Houston Cinema Arts Society (HCAS) opened submissions for the 2022 CineSpace International Short Film Competition, kicking off the eighth year of the film competition.

CineSpace is a collaboration between NASA and Houston Cinema Arts Society (HCAS) that offers filmmakers around the world a chance to share their works inspired by and using, actual NASA imagery through “CineSpace”, a short film competition.

Finalists will be announced alongside the lineup of the 2022 Houston Cinema Arts Festival in October 2022.

Winners of this year’s competition will receive their prizes at the 14th Annual Houston Cinema Arts Festival taking place November 2022.

Winners as well as the finalists may be screened at other film festivals across the country, in schools, libraries, museums, on NASA TV, and even onboard the International Space Station.

Films can be of any genre and on any topic.

Film entries must be no more than 10 minutes

At least 10% of the film must use NASA archival footage to create unique NASA-inspired film masterpieces!