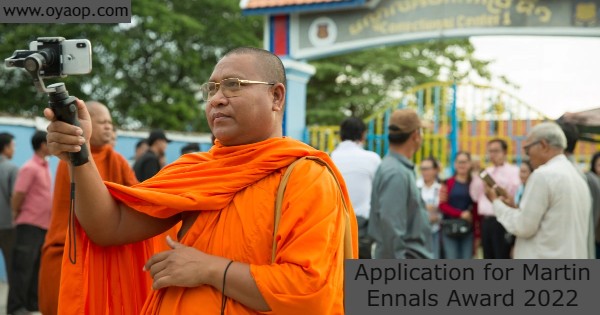 Applications call for Martin Ennals Award 2022. The Martin Ennals Award (MEA) is an international Award given to human rights defenders in urgent need of protection. Many defenders who are nominated for the Award face serious risks; for example, they are in jail or at risk of detention; they have been prevented from carrying out their work by authorities or businesses, or they have disappeared.

The Award also seeks to protect these defenders by highlighting their work through the media;  and mobilizing international support for them. The presentation of the Award is accompanied by significant advocacy; and outreach activities in favor of the human rights defenders concerned. The winners are also given a financial prize to use at their discretion.

The Martin Ennals Award for Human Rights Defenders honors individuals and organizations who have shown exceptional commitment to defending human rights, despite the risks involved, and who are in need of protection.

In addition to the achievements of the candidate, several criteria are taken into consideration for the Award:

The Martin Ennals Award for Human Rights Defenders honors individuals and organizations who have shown exceptional commitment to defending human rights, despite the risks involved. To qualify for the award, the nominees must:

Who can be nominated?