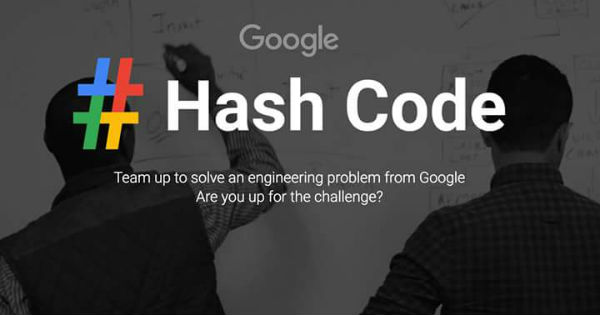 Google’s team-based programming competition, Hash Code, allows participants to share their skills and connect with other coders as they work together to solve a problem modeled off a real Google engineering challenge! In small teams of two to four, coders all over the world will tackle the first problem through an Online Qualification Round. Though this round is hosted online, teams can come together to compete side-by-side in locally coordinated Hash Code hubs. The top teams from this round are invited to join at an international Google office for annual Hash Code Final Round.

Once applicants have registered for the contest, they’ll gain access to Judge System. The Judge System is online platform where participants will form their team, join a hub, practice, and compete during the rounds. During the Online Qualification Round, they’ll watch  YouTube live stream to be introduced to the problem, and their team will have four hours to solve an optimization problem using the programming language and tools of their choice. Teams can compete from a local hub or another location of their choice. The top teams from the Online Qualification Round will be invited to the Final Round at a Google office, where they’ll work together to solve another challenge and compete for cash prizes.