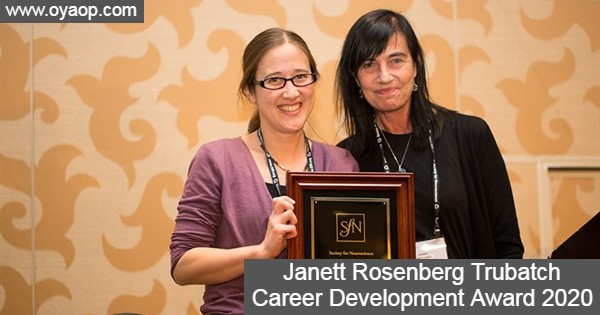 Each year, two winners will receive a $2,000 award and complimentary registration to SfN’s annual meeting. However, the award is presented at the Celebration of Women in Neuroscience Luncheon held during the meeting.

The deadline for the Janett Rosenberg Trubatch Career Development Award is Friday, May 22 at 5 p.m. EDT.