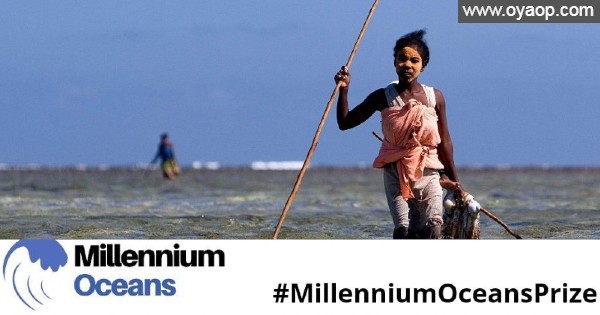 The Millennium Oceans Prize is returning for its sixth year to support and celebrate students who are passionate about conserving, protecting, and sustainably using oceans, seas, and marine water and life.

The Millennium Oceans Prize targets Sustainable Development Goal 14 by celebrating youth activists who are focused on enriching their communities through advancing marine and freshwater conservation and sustainable use of marine resources. Prize winners will receive mentorship and a $5,000 prize for implementation of a concrete campaign idea to spark change and garner support in advocacy, policy, and leadership for oceans and freshwater systems.

This program is for campaign ideas that are concrete and can rally your peers to mobilize in this sector. How can you engage youth leaders on other campuses and in communities across the globe to fight for and champion advocacy and leadership for the oceans, freshwater systems, sustainable fishing, and marine conservation? The campaign could take shape through activism, social entrepreneurship, or research. How will you mobilize your community and inspire youth leaders worldwide to take part in the fight for sustainable practices that protect our oceans and freshwater systems?

LEARN ABOUT OUR PAST WINNERS HERE!