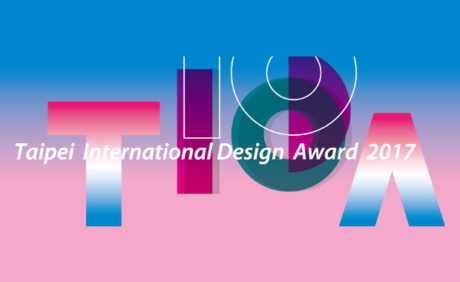 Taipei City Government organises the Taipei International Design Award in the ethos of “Design for Adaptive City”, as an on-going gesture to the world, particularly to those with a passion for creativeness and design, a gesture in projecting the urban branding imagery of “Design Taipei; Dream Taipei. Here is an open call for outstanding international designs and an effort to shape Taipei into a convergence platform for creative designs, thereby to discover creative designs with business potential, and further still, to encourage practices of social design in an advocacy that design as a medium can bring humans a better, more pleasant and convenient life.

2017 sees the 10th anniversary of Taipei International Design Award. Over the years, the Taipei City Government has been devoted to shaping Taipei into a city with design visions and has been encouraging designers to contemplate on the meaning of design, to see design as a problem-solving tool, that is, to solve problems inevitably faced by the general public, the society or the city, by way of design thinking, and notably, to deliver substantial impact via social design, and to further present Taipei International Design Award in the ethos of “Design for Adaptive City”.

Industrial design refers to design works that can be mass-produced, including general and digital application, transportation tools, equipment and instruments, daily utilities and household goods, IT and home appliances, etc.