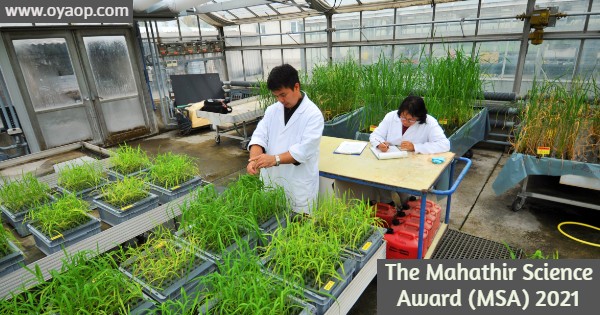 The Mahathir Science Award (MSA) was established to be the world’s most prestigious international Science Award for tropical sciences. It is awarded to the most deserving based on merit. As such, this extends beyond the boundaries of Malaysia in order to encourage excellence in tropical science that will accord direct benefits to countries in the tropics and indirectly to the global community.

There are four categories of the award:

This award is open to any scientists, institution or organization worldwide in recognition of contributions and innovations towards solving problems in the tropics through science and technology and to be awarded to the most deserving based on merit. The selection of candidates is based on the originality of each candidate’s achievements, the impact of candidate’s achievements, including future impact and its significance in solving the problems of the tropics by improving the quality of life and contributing to the region’s prosperity.