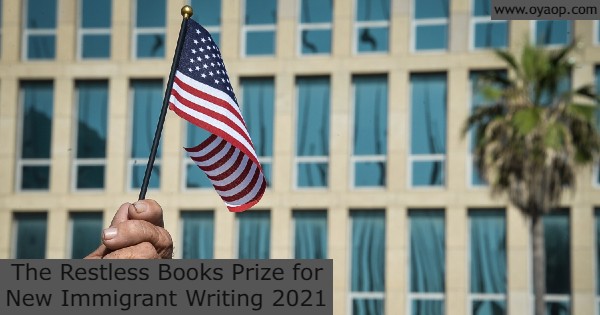 The Restless Books Prize for New Immigrant Writing was created in 2016 to honor outstanding debut literary works by first-generation immigrants, awarded for fiction and nonfiction in alternating years.

Candidates are asked to submit a CV and a one-page cover letter as the first pages of their manuscript. The cover letter should address the candidate’s background as a writer, experience as an immigrant, and inspiration for the submitted work.

Restless will accept only electronic submissions by way of our submissions manager. The manuscript should be a PDF or Word file (.doc and .docx), and the text should be double-spaced, in twelve-point font, and with numbered pages. Fiction manuscripts must be a minimum of 45,000 words. Nonfiction samples must be at least 25,000 words.