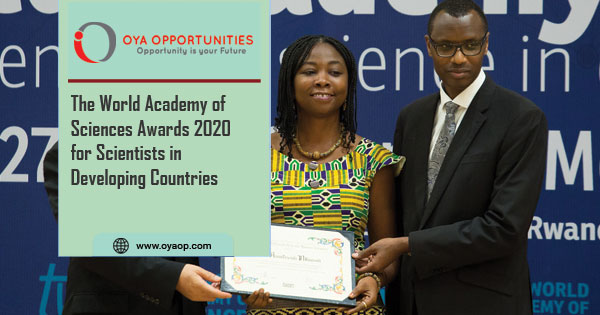 Competitions and Awards
Paid
Country: Developing Countries
Save
Looks like you haven't logged in. Login to save opportunities.

TWAS, the World Academy of Sciences for the advancement of Science in Developing Countries presents nine awards in the year 2020 to the scientists who are residing and serving the sciences and technology fields in the developing countries. Moreover, individual scientists residing in the developing countries who have an outstanding contribution to scientific knowledge in nine fields of sciences and/or to the application of science and technology to sustainable development are eligible for this award.