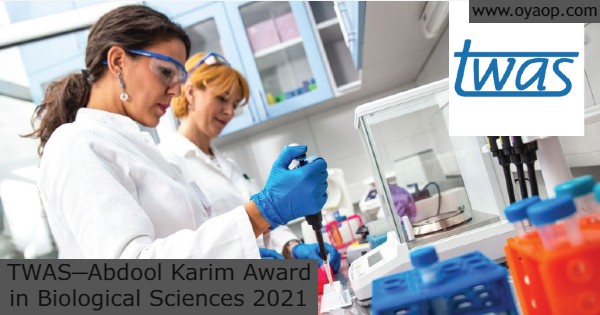 The award prize of the TWAS─Abdool Karim Award in Biological Sciences is worth USD 5,000.

Eligible nominees for TWAS─Abdool Karim Award in Biological Sciences are female scientists national of a Low-Income African country who have been living and working there for at least two years immediately prior to their nomination. (i.e. from 18/2/2018). Fellows of TWAS are not eligible.