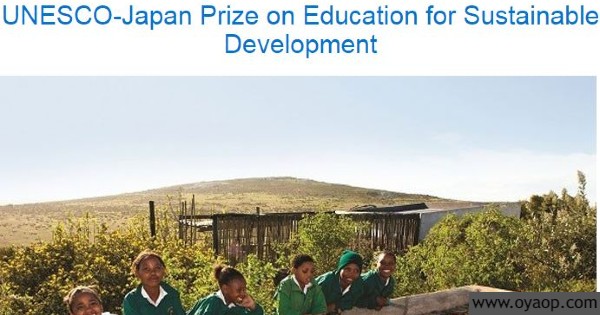 UNESCO-Japan Prize on Education for Sustainable Development winners recognize the role of education in connecting the social, economic, cultural, and environmental dimensions of sustainable development. It was established by the Executive Board of UNESCO at its 195th session within the framework of the Global Action Programme (GAP) on ESD and officially announced at the UNESCO World Conference on ESD (10-12 November 2014, Aichi-Nagoya, Japan).

Eligible for the Prize are institutions and organizations with a specific ESD project/programme that must:

Some general advice on completing the nomination form: