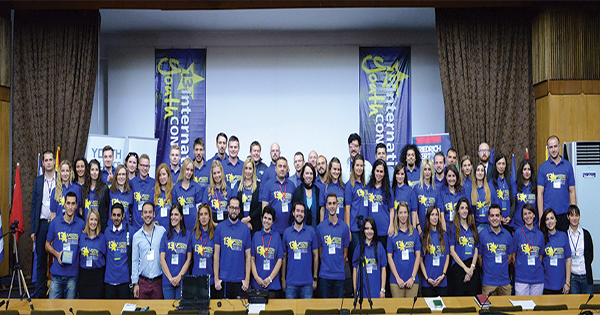 Conferences
Fully Funded
Country: Macedonia
City: Krusevo
Sep 27 - Oct 01, 2018
Save
Looks like you haven't logged in. Login to save opportunities.

International Youth Conference “European Values for the Future of SEE countries” is the sixteenth annual conference in 2018. Since the conference was developed from 2003-2017, significant progress was made over 15 years on the region. At the 2003 EU-Western Balkans Thessaloniki Summit, the EU declared its ‘unequivocal support’ for the region’s European perspective. Over the ensuing 15 years, Croatia did become an EU Member State, but for Albania, Bosnia and Herzegovina (BiH), Republic of Macedonia, Kosovo, Montenegro and Serbia the path to accession has been strewn with multiple (some shared, others specific) challenges that have prevented more concrete developments. There is progress also in this countries: four countries have candidate status; BiH has applied for it; and only Kosovo has not. Since 2003, the European Union has also changed: having had three enlargements (2004, 2007 and 2013) and welcomed 13 new members, it is currently negotiating one departure from its ranks for the first time. Over time, its approach to enlargement has grown stricter, involving stronger focus on the “fundamentals”: rule of law, economic governance and democratic institutions. The Berlin process, on the other hand, is often highlighted as a trigger of positive dynamics in regional cooperation, most recently with the agreed set up of a regional economic area and a transport community at the Trieste Summit. This year when the Western Balkans are in the spotlight and it starts with the region being high on the agenda of Bulgaria’s EU Council Presidency, and promises a favorable context for advancing its EU bids, we will implement 16th edition of the Krusevo conference.

Striving towards answering the questions “Will 2018 be a year of opportunity for the region?”, here on the Balkans, apart from the country-specific issues, experts observing the region have identified a number of trends, such as erosion of democracy, fast-rising nationalist sentiments, and external influences based on the global geopolitical movements, corrupted political elites, difficulties in implementing rule of law, all of which require priority action. The challenge lies, therefore, in speeding up the enlargement process, but without compromising the quality of reforms.  Hereby, young people are important key figures for these important process in the region.

Each year, the International Youth Conference is providing to the young leaders in the region open space for discussion solutions to the region’s most pressing problems, particularly focusing on young people’s problems. The discussion will be focused on the values, and this year we will try to show that both EU countries and Western Balkans do share them, and have them in their common identity and cultural heritage. To do so, we will also make a difference between policy choices and values. We strongly believe that 16th edition of Krusevo Conference with great warmth will open its arms to the next generation of young leaders in the region and will invite them to learn lessons and take inspiration for their commitment for supporting EU enlargement of the region.