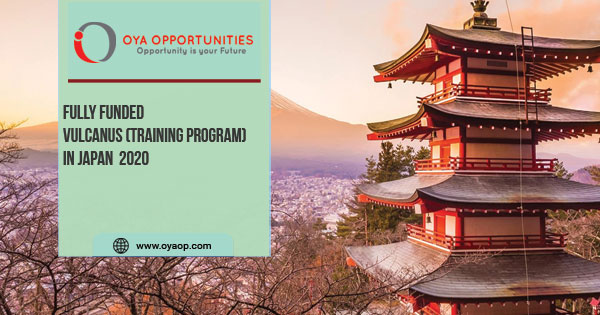 Exchange Programs
Fully Funded
Country: Japan
Save
Looks like you haven't logged in. Login to save opportunities.

The applications for the Fully Funded Vulcanus in Japan for the year 2020 have opened.

Vulcanus in Japan started in 1997. The program consists of industrial placements for EU/ COSME students. It starts in September and ends in August of the following year in order to accommodate the academic year in the EU Member States. Additionally, this program is financed by the EU-Japan Centre for Industrial Cooperation and the Japanese host company.

The candidates will receive the following advantages fro, the Fully Funded Vulcanus in Japan

There are separate criteria for British applications.

For more details about the program, visit the official site.