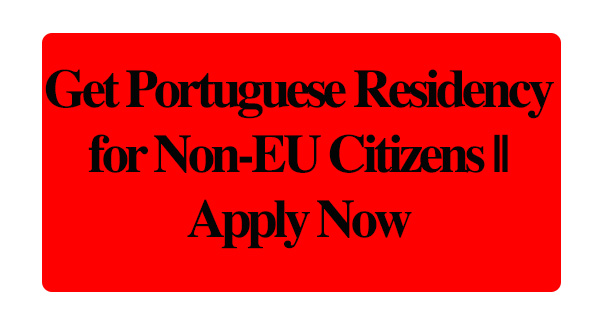 Get Portuguese Residency for Non-EU Citizens: Residency in Portugal for non-EU citizens

If you’re not from the EU, you’ll need to do some detailed research on what you require to move to Portugal. You will probably need a Schengen Visa to initially enter the country. After this time, you apply for a residence permit. This differs from EU registration. You can get this Autorização de Residência from the SEF (Serviço de Estrangeiros e Fronteiras), rather than the town hall.

Many of the requested documents are the same as those listed above. However, as a non-EU arrival, you will likely deal with stricter requirements with regard to proving your income and your access to fully-paid medical care. Non-EU visas are usually for one or two years at a time, renewable for up to five years.

Get Portuguese Residency for Non-EU Citizens: Long-term residency in Portugal

Once you’ve lived in Portugal for an uninterrupted (and properly documented) five year period, you can apply for permanent residency. This applies whether you were originally from the EU or from elsewhere. The SEF deals with permanent residency applications.

The SEF provides a detailed list of documentation requirements here. As well as the items in the above list for a five-year EU residency registration, you also typically need proof of your previous five years’ residency and proof of registration with the social security authorities. You also have to permit the SEF to carry out a criminal record check.

The official requirements for non-EU citizens additionally state you should have the ability to communicate in basic Portuguese.

Fees for permanent residency are usually around €100, and you need passport photos. Although this type of residency is known as “permanent”, you need to renew it after 10 years.

If you wish, you are entitled to apply for Portuguese citizenship after living in Portugal for six or more uninterrupted years. An increasing number of people are becoming interested in such a move in the wake of Brexit-related uncertainty.

You will need to speak to the SEF to acquire a document proving you’ve been living in Portugal for over six years. You also need to complete a language test and a criminal record check. Unsurprisingly, the authorities will expect to see a birth certificate, proof of current and past addresses, and your residency card.

The citizenship process can take time, and cost up to €200. However, if you’re able to meet the requirements, you become a fully-fledged citizen of Portugal. You will have a Portuguese EU passport, and rights to vote in national elections.

Some expats opt for an “under the radar” approach to bureaucracy such as residency in Portugal. This isn’t a wise idea, and it’s especially foolhardy with Brexit looming. The details above should help you to ensure your residency is completely official!