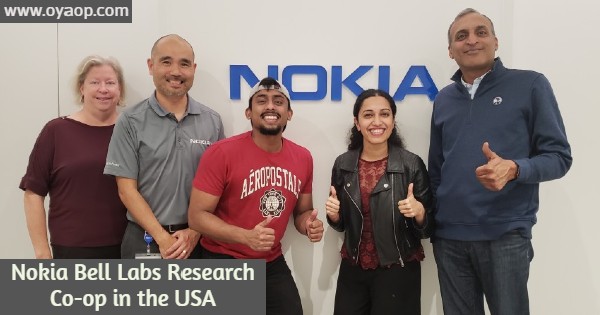 Applications call for Nokia Bell Labs Research Co-op in the United States of America. The research co-op assists Bell Labs researchers to perform research on the topic of few-shot learning. The research co-op is involved in algorithm design, running experiments, reporting results, and documenting code. This position is part-time. 15 to 28 hours a week.

Over its nearly 100-year history, Nokia Bell Labs has invented many of the foundational technologies that underpin information and communication networks and all digital devices and systems. This research has resulted in nine Nobel Prizes, four Turing Awards, three Japan Prizes and a plethora of National Medals of Science and Engineering, as well three Emmys, two Grammys and an Oscar for technical innovations. Nokia Bell Labs continues to conduct disruptive research focused on solving the challenges of the new digital era and innovating the technology that will define the next industrial revolution.

Nokia Corporation is a Finnish multinational telecommunications, information technology, and consumer electronics company, founded in 1865. Nokia’s headquarters are in Espoo, in the greater Helsinki metropolitan area. In 2018, Nokia employed approximately 103,000 people across over 100 countries, did business in more than 130 countries, and reported annual revenues of around €23 billion. Nokia is a public limited company listed on the Helsinki Stock Exchange and New York Stock Exchange.