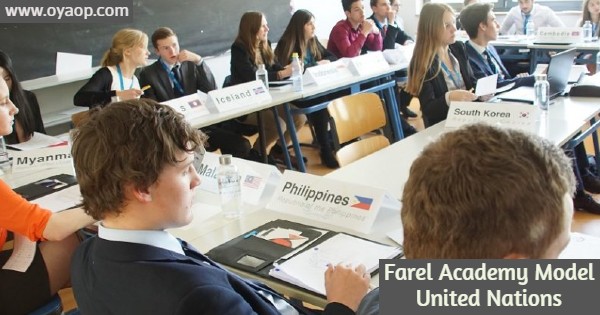 MUN is an abbreviation of Model United Nations and is an activity that takes place at schools and universities worldwide. It is a sort of role play, where students take on the role of delegates for nations in different UN bodies which they look into by research on assigned topics. The entire conference is student-led, making the event exclusive to teenagers. Thousands of middle school, high school, and college students across the country and around the world participate in Model United Nations, which involves substantial research, public speaking, debating, and writing skills, as well as critical thinking, teamwork, and leadership abilities.

Farel Academy Model United Nations is organizing its sixth edition. Due to COVID-19, we are welcoming up to 200 delegates to the conference. The conference is held from the eleventh until the fourteenth of February and this year’s theme of the debate is “Securing our future; people, planet and prosperity”. Make sure to keep an eye out on the Facebook and Instagram pages as well as our website to stay up to date with the latest news.