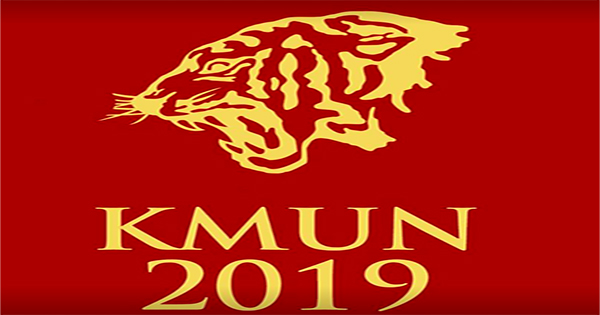 Since its opening in 2008, Korea Model United Nations has consistently presented highly organized conferences with quality debate, realizing its motto, “Tradition of Excellence.” Rigorously trained Student Officers, academically stimulating committees and agendas, and extensive delegate welfare are all characteristics of the ten previous conferences hosted by KIOSS. The KMUN 2019 Secretariat is committed to continuing the tradition this winter in the 12th KMUN Conference. To make KMUN 2019 a memorable experience for all participants, we will engage in the preparation process with dedication and professionalism.

The United Nations is the most vital international organization in the international arena. The UN encompasses most states of the international society; currently, 192 countries are officially registered. The UN, which replaced The League of Nations, was established after the end of World War II to prevent recurrence of such mishap. Since its founding, the UN has played a significant role as the peacekeeper and mediator in the international society. Moreover, the UN has provided a forum of negotiation and cooperation to the world. The organization comprises the General Assembly, the United Nations Security Council, the Economic and Social Council, the International Court of Justice and other special organs. The agendas that the UN deals with are diverse, ranging from international security and regional conflicts to climate change. Despite often addressing intricate and complex problems, the UN and its conferences have yielded solutions that were meaningful and at times practical.

In this year’s 12th Korea Model United Nations, students interested in global issues and politics will gather and gain experience in public speech, negotiation, resolution writing, and lobbying. Students will use their rhetoric and creativity to debate and complete resolutions that contribute to their agendas and, at a larger scope, to world peace.