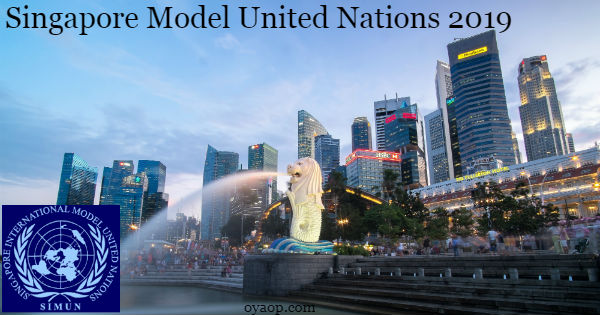 Model United Nations
Country: Singapore
City: Singapore
Save
Looks like you haven't logged in. Login to save opportunities.

Over the past 15 years, Singapore Model United Nations (SMUN) has distinguished itself from other MUN conferences in Singapore and the Asia-Pacific region with its organisational excellence and academic prestige. In March 2011, members of the 2009 and 2010 SMUN Secretariats successfully co-hosted the 20th World Model United Nations (World MUN) alongside Harvard University.

​Going into its 16th iteration this year, SMUN promises to uphold the high standards set in previous editions as well as its reputation among the most prestigious MUN conferences in the region.

The conference will be held from 10 to 13 June 2019 (Monday to Thursday) at the National University of Singapore (NUS). Early Bird Registrations end on 7 April, 2359 hrs (GMT +8). Please fill in form should candidates wish to register for SMUN 2019. They suggest that candidates complete it in one seating as the system does not permit saving and coming back later.

The fees payable are as follows:

Once this registration form has been submitted,