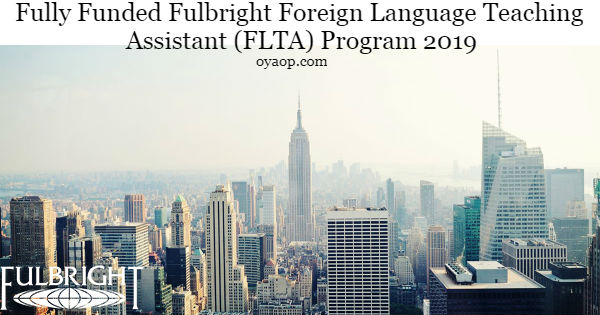 The Fulbright Foreign Language Teaching Assistant (FLTA) Program is sponsored by the United States Department of State Bureau of Educational and Cultural Affairs (ECA). Moreover, as part of the Fulbright Foreign Student Program, the Fulbright FLTA Program is designed to develop Americans’ knowledge of foreign cultures as well as languages by supporting teaching assistantships in over 30 languages at hundreds of U.S. institutions of higher education. In addition, the program offers educators from over 50 countries the opportunity to develop their professional skills as well as gain first-hand knowledge of the U.S., its culture and its people.

All Fulbright Foreign Language Teaching Assistant (FLTA) program applicants must be nominated by a U.S. Embassy or a Fulbright Commission; independent applicants do not qualify. Furthermore, applicants are eligible to participate in the Fulbright FLTA program if they: