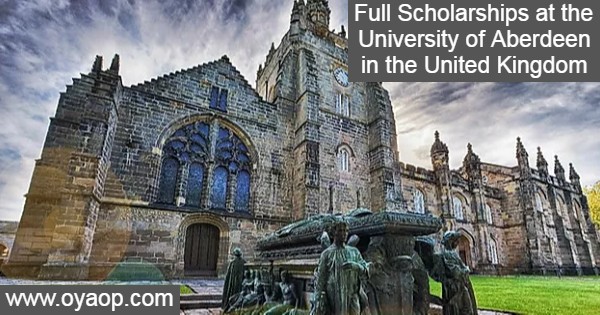 Full Scholarships at the University of Aberdeen 2020 in UK

Scholarships and Fellowships
Country: UK
City: Aberdeen
Save
Looks like you haven't logged in. Login to save opportunities.

It covers overseas tuition fees to support one postgraduate student from the USA or Southern Africa through a one-year full-time on-campus Taught Master of Law degree program (LLM) at the University of Aberdeen, starting in September 2020. The total Overseas Tuition Fees for the 2020/21 academic year are either £19,000, £21,000 or £23,000 depending on the Taught Masters of Laws degree program chosen. In addition to that, the scholarship will also cover one return economy flight from the applicant’s home location to Aberdeen.