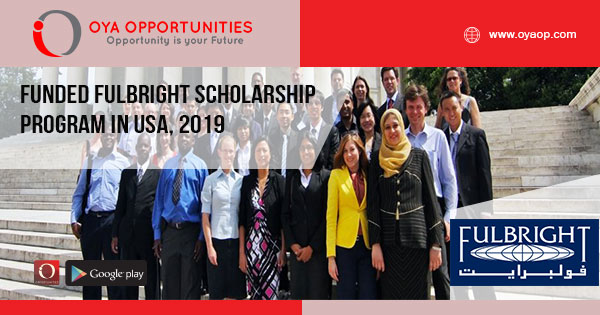 Scholarships and Fellowships
Partially Funded
Country: USA
Save
Looks like you haven't logged in. Login to save opportunities.

The flagship international educational exchange program sponsored by the U.S. government, widely known as the Fulbright Program, is designed to increase mutual understanding between the people of the United States and those of other countries. With this goal as a starting point, the Fulbright Program has provided more than 300,000 participants—chosen for their leadership potential—with the opportunity to observe each other’s political, economic and cultural institutions, exchange ideas and embark on joint ventures of importance to the general welfare of the world’s inhabitants.

Moreover, Fulbright was elected to the U.S. Senate in 1944 and served there from 1945 through 1974. Additionally, In 1949 he became a member of the Senate Foreign Relations Committee and from 1959 to 1974 he was its chairman, the longest serving chairman of that committee in history. Further, Fulbright became one of the most influential and best-known members of the Senate. In 1963 Walter Lippman said, “The role he plays in Washington is indispensable. There is no one else who is so powerful and also so wise?” Today he is best for the legislation establishing the Fulbright Program, which passed without debate in 1946. Also, The first participants traveled in 1948. Since then more than 310,000 “Fulbrighters” have participated in the program.