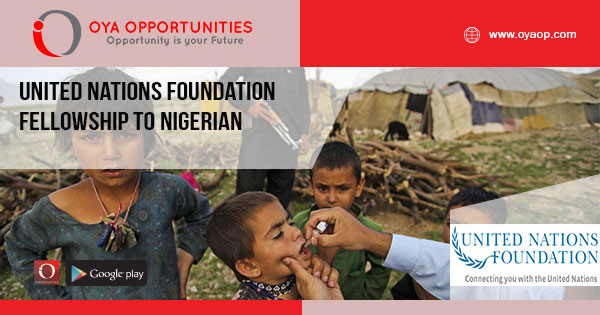 The United Nations Foundation today announced a press fellowship to Nigeria focused on polio eradication during the week of July 22, 2019. Nigeria is one of only three remaining countries where polio has not been eliminated. Five selected journalists will have a firsthand look into the front lines of eradicating one of the world’s most contagious diseases. Journalists will go on house visits with community health workers, witness routine immunization programs, and learn about emergency response. They will also hear directly from experts from the Global Polio Eradication Initiative, including UNICEF and the World Health Organization, and local health officials.

Because of the UN:

“Polio could become the second disease ever eradicated in history,” said Kate Dodson. Vice President of Global Health at the UN Foundation. “This is a critical part of the world’s global health story that will define how we respond to health threats for years to come.” Through United Nations Foundation fellowship, journalists will also explore how polio eradication can be built. Further, How the resilience of health systems through improved vaccine cold chains.  Additionally, foreign policy; also, the work of the United Nations. Journalists from all countries are welcome to apply.