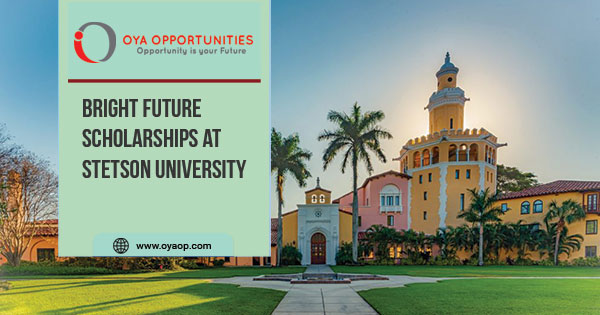 In 1883, Stetson University emerged from the DeLand Academy as a university on Central Florida’s frontier. As Florida grew, so did Stetson – standing strong in character and steadfast in its purpose to educate a growing American student population. Many highly talented students get Bright Future Scholarships at Stetson University.

These figures are based on the cost per credit hour for four-year universities and are from the 2018-2019 academic year.

The student’s cumulative GPA must meet the following minimum levels:

Further, Florida Academic Scholars recipients with a cumulative GPA between 2.75 and 2.99 can be renewed as Florida Medallion Scholars level.