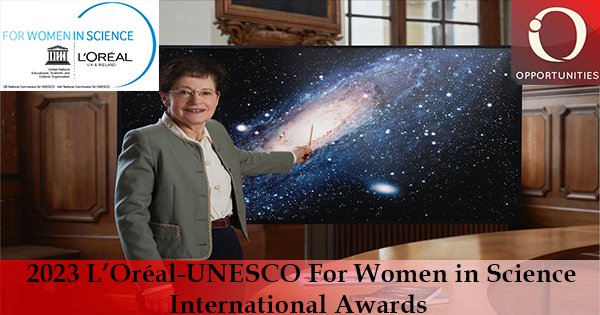 Scientists around the world are invited to nominate candidates for the 2023 L’Oréal-UNESCO For Women in Science (FWIS) International Awards.

The 2023 International Awards will designate five outstanding researchers in Physical Sciences, Mathematics, and Computer Science, each working in one of the following regions:

Each of the five Laureates will receive an award of €100,000 for her contribution to advances in scientific research at a ceremony in March 2023.

Qualified nominators may be: