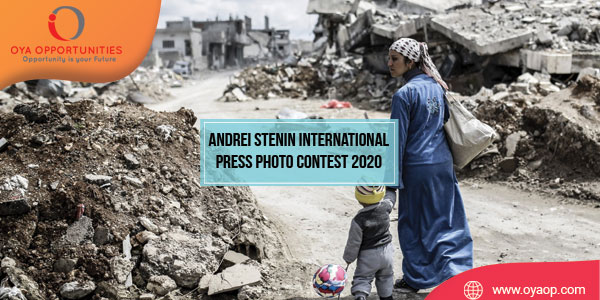 Entries for Andrei Stenin International Press Photo Contest 2020 are now open. The Andrei Stenin International Press Photo Contest was launched by Rossiya Segodnya under the aegis of the Russian Commission for UNESCO. Its main goal is to support young photographers and draw public attention to the challenges of modern photojournalism. This contest is a platform for young photographers; talented, empathetic and open-minded, they draw our attention to people and events around us.

Cash awards for the 2020 competition will be 125,000, 100,000 and 75,000 rubles for the first, second and third places in each category. Moreover, the winner of the highest Stenin competition award – the Grand Prix – will receive 700,000 rubles. Apart from the financial side, the contest gives young photojournalists the opportunity to show their work at Russian and international venues – a touring exhibit of the winners has become an integral part of the project and has been shown in dozens of cities in Europe, Asia, Latin America, Africa, and the Middle East.

This photo contest is organized in the honor of brave humane Photographer late Andrey Alexeyevich Stenin (December 22, 1980 – August 6, 2014). He was a Russian photojournalist who lost his life in August 2014 covering the war in Ukraine. He is known and remembered for contributing to several leading Russian and international news agencies including Rossiya Segodnya, RIA Novosti, Kommersant, ITAR-TASS, Associated Press, Reuters, and Agence France-Presse. Stenin was awarded Russia’s Order of Courage posthumously.

The 2019 Andrei Stenin International Press Photo Contest was supported by major Russian and international media, news agencies and the photo community. Shanghai United Media Group (SUMG), the China Daily web portal, the Al Mayadeen Arab media network, and the International Committee of the Red Cross (ICRC), one of the largest humanitarian organizations in the world, awarded special prizes as partners of specific categories.