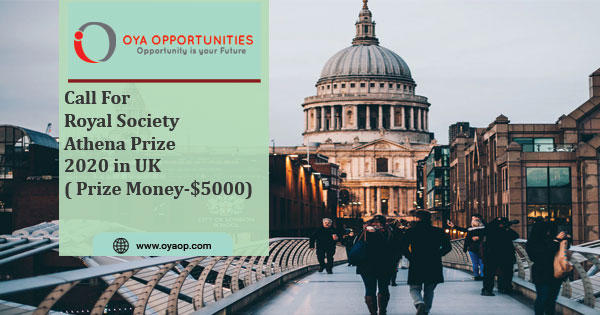 Competitions and Awards
Fully Funded
Country: UK
City: London
Save
Looks like you haven't logged in. Login to save opportunities.

The Royal Society is committed to promoting and increasing diversity in science, technology, engineering and mathematics (STEM). A diverse and inclusive scientific workforce draws from the widest range of backgrounds, perspectives and experiences thereby maximizing innovation and creativity in science for the benefit of humanity.

The Royal Society has a broad range of medals including the Premier Awards, subject-specific
awards and medals celebrating the communication and promotion of science. All of these work to
recognize and celebrate excellence in science

For more details about the application procedure, visit the official site.