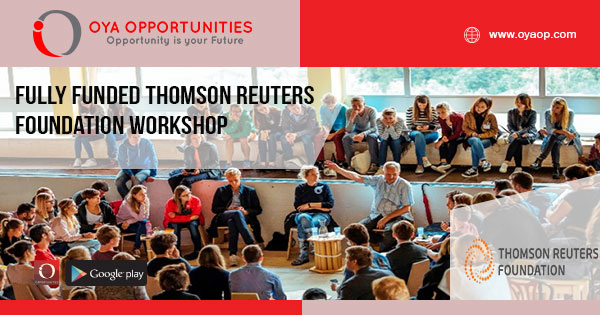 Miscellaneous
Fully Funded
Country: Kenya
City: Nairobi
Jun 19 - Jun 23, 2019
Save
Looks like you haven't logged in. Login to save opportunities.

Applications are open for Thomson Reuters Foundation Workshop. In an era of “post-truth”, fake news and propaganda, fact checking is more important than ever. Citizens need access to reliable news, based on evidence – particularly during election campaigns. Additionally, when the news agenda is dominated by claims, promises, and accusations made by politicians and the candidates vying to replace them.

However, providing quality, fact-checked coverage of an election can be a challenge. That is when newsrooms have limited resources and are under pressure from increasingly short deadlines. Professional media may also have to contend with a growing lack of transparency from government sources. Also, compete with unregulated “information sources” on social media.

Moreover, To address these challenges, the Thomson Reuters Foundation Workshop, is partnering with TRI Facts at Africa Check – Africa’s first independent fact-checking organization – to help African journalists and editors to fact-check their own election coverage.

The programme will provide skills, tools, and resources on fact-checking in an African context. It will look at how to develop and integrate evidence-based election coverage into existing newsrooms, and how to make the information engaging for an audience that might be fed up with the campaign.