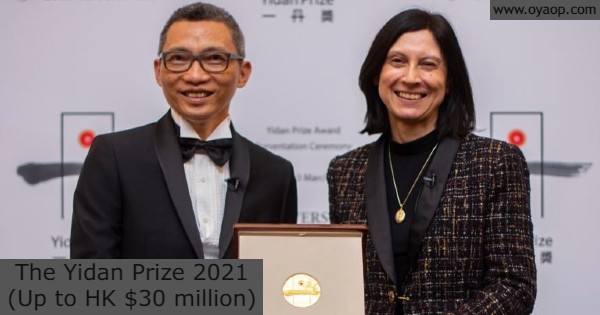 Applications are open for Yidan Prize 2021. The Yidan Prize is an inclusive education award that recognizes individuals, or up to three-member teams, who have contributed significantly to education research and development. The prize aims to progress learning by building a global community committed to advancing ideas in education.

Should the laureates be a group, each team member receives a certificate and a gold medal, while the cash prize and project fund is shared equally among the team members.

The Yidan Prize is awarded in two categories:

Each prize comprises a gold medal and a total sum of HK$30 million (around US$3.9 million).
Half is a cash prize of HK$15 million. The other HK$15 million is a project fund to help them expand their initiatives.