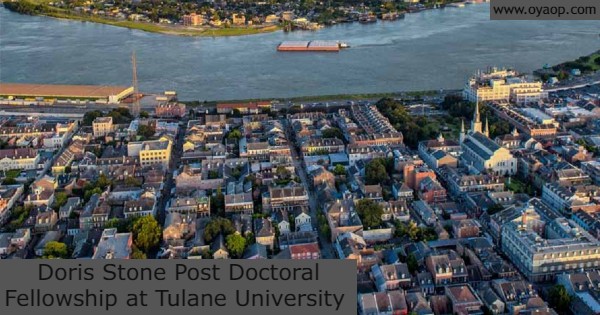 Applications are open for Doris Stone Post Doctoral Fellowship at Tulane University in the United States of America. The Doris Stone Post-Doctoral Fellows are intended to foster the professional development of gifted scholars, to enrich the Middle American Research Institute’s vigorous research environment, and to foster intellectual exchange among the Institute’s research community.

Tulane University seeks to support the development of early-career scholars from diverse backgrounds (including historically underrepresented groups and international scholars) who show promise as innovative researchers in Mesoamerican and Central American archaeology, an area in which Doris Z. Stone made significant contributions.