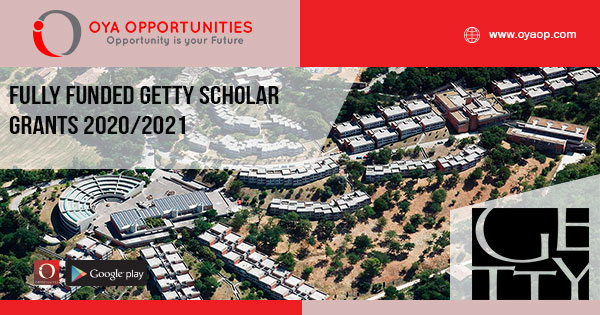 Applications are open for the Getty Scholar Grants 2020/2021 for Researchers. Getty Scholar Grants are for established scholars or writers who have attained distinction in their fields. Further,  Recipients are in residence at the Getty Research Institute or Getty Villa, where they pursue their own projects free from academic obligations, make use of Getty collections, join their colleagues in a weekly meeting devoted to an annual research theme, and participate in the intellectual life of the Getty.

Getty Scholar Grants are on a competitive basis. Applications are evaluated based on the following:

Applicants are to complete and also, submit the online Getty Scholar grant application form, along with the attachments described below, by the deadline.