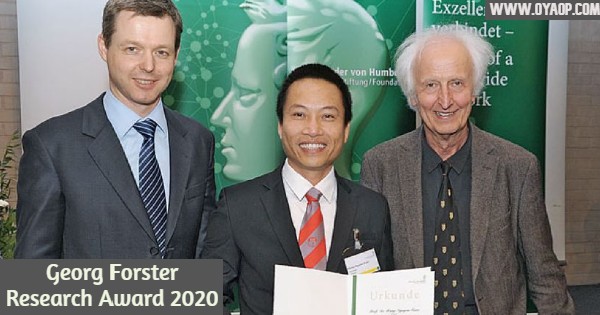 The Georg Forster Research Award is granted in recognition of a researcher’s entire achievements to date to academics of all disciplines whose fundamental discoveries, new theories, or insights have had a significant impact on their own discipline and beyond and who are expected to continue developing research-based solutions to the specific challenges facing transition and developing countries.

Nominees must be nationals of a developing or transition country (excluding the People’s Republic of China and India; cf. detailed list of countries). Furthermore, at the time of nomination, they must have had their main residence and place of work in one of these countries for at least five years. The Alexander von Humboldt Foundation particularly encourages the nomination of qualified female researchers.