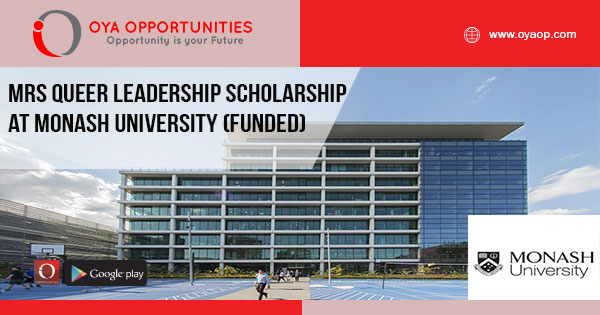 Scholarships and Fellowships
Partially Funded
Country: Australia
Save
Looks like you haven't logged in. Login to save opportunities.

Applications are now open for the MRS Queer Leadership Scholarship at Monash University. Monash University is an Australian public research university based in Melbourne, Australia. Founded in 1958, it is the second oldest university in the State of Victoria. Monash is a member of Australia’s Group of Eight and the ASAIHL, also is the only Australian member of the influential M8 Alliance of Academic Health Centers, Universities and National Academies. Monash is one of two Australian universities to be ranked in the École des Mines de Paris (Mines ParisTech) ranking on the basis of the number of alumni listed among CEOs in the 500 largest worldwide companies. Further, This scholarship will serve as a pathway to provide students of diverse genders and sexualities the capability to afford accommodation on campus at MRS, in a community that is accepting and respectful of their diversity.