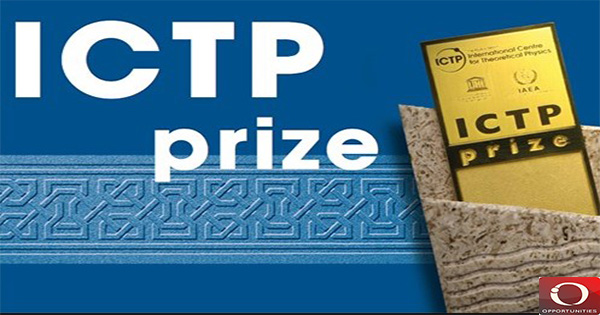 Applications are open for the International Centre for Theoritical Physics (ICTP) Prize 2022. The prize recognizes outstanding and original contributions to physics by young researchers from developing countries.

Past winners include Ashoke Sen (1989), the Indian theoretical physicist who was awarded the 2012 Fundamental Physics Prize, and former ICTP Director Fernando Quevedo (1998).

Founded in 1964 by the late Nobel Laureate Abdus Salam, ICTP seeks to accomplish its mandate by providing scientists from developing countries with the continuing education and skills that they need to enjoy long and productive careers. ICTP has been a major force in stemming the scientific brain drain from the developing world.

In order for a candidate to be considered, ICTP needs the following essential information:

It would greatly help the selection work, and make it more accurate, if you could provide ICTP with additional information on: