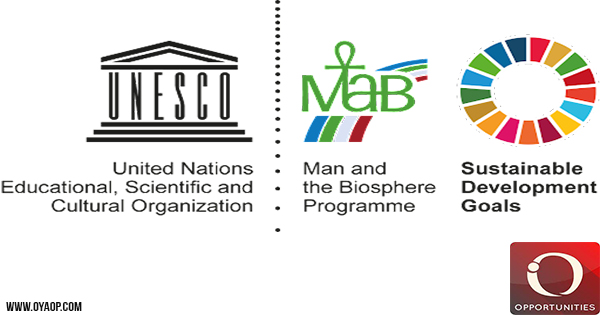 Competitions and Awards, Scholarships and Fellowships
Fully Funded
Save
Looks like you haven't logged in. Login to save opportunities.

Until 2025, implementation of the UNESCO MAB Program is guided by the MAB Strategy and Lima Action Plan for UNESCO’s MAB Program and its World Network of Biosphere Reserves (LAP), which contributes to the achievement of the 2030 Agenda and its Sustainable Development Goals (SDGs). MAB Young Scientists Award applicants are strongly encouraged to take into account the priorities of the LAP and to identify in their applications how their research contributes to the research-related actions of the LAP and to the SDGs.

Objectives of the Award

The objectives of the MAB Young Scientists Award Scheme are to:

To be eligible, award applications must be made on the MAB Young Scientists Award application form. (In English or French) and follow-up technical requirements stated there.