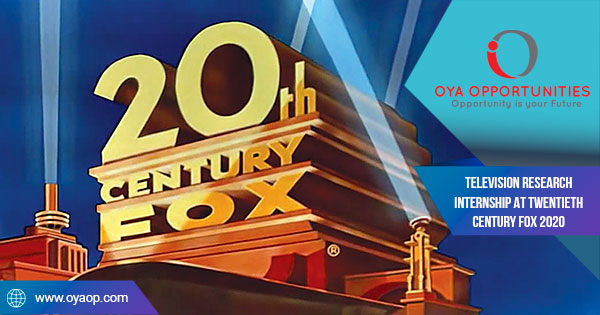 Internships
Country: USA
City: California
Jan 12 - May 03, 2020
Save
Looks like you haven't logged in. Login to save opportunities.

Moreover, as the Research department of one of the largest suppliers of prime-time programming to the broadcast networks, we handle all rating analysis, primary research, and strategic marketing analysis for all current Twentieth Century Fox TV shows.

Further, this includes daily reporting on the demographic rating performances of our programs; coordinating focus groups and reporting the findings to producers, network and studio executives, and internally within the studio; and analyzing the weekly on-air promotional strategies utilized by the networks to promote our programs.

What will Television Research Interns do at Twentieth Century Fox?

During the Television Research Internship at Twentieth Century Fox, interns will:

Furthermore, the major goal for interns are as follows:

All applicants must be:

How to apply for the Television Research Internship at Twentieth Century Fox 2020?

In order to apply for this internship, first of all, you need to meet all of the eligibility criteria. Further, you need to fill and submit an online application while also sending a CV/Resume and cover letter.