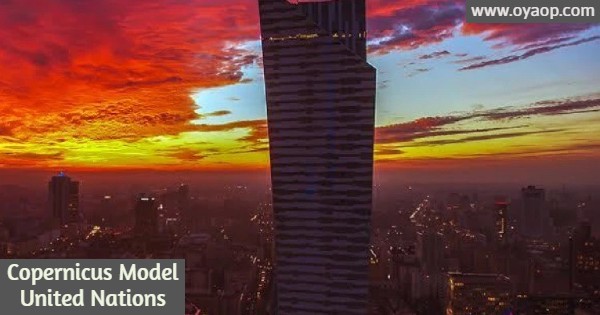 High School Students, Model United Nations
Country: Poland
Save
Looks like you haven't logged in. Login to save opportunities.

Copernicus Model United Nations is a conference organized solely by an experienced, dedicated, and promising secretariat consisting of students from the 33 Copernicus Bilingual High School in Warsaw. The organizing team is dedicated to creating an innovative MUN, introducing new ideas into the world of debating.

The conference will introduce the immensely exciting CRISIS committee that will gather the elite delegates from all around the world in order to create an ultimate council that will focus on fast decision making and collaborative teamwork.

In addition, Copernicus Model United Nations will conduct a double-committee in the Security Council in which every country will be represented by two delegates allowing them to collaboratively work on debating and resolutions. Thanks to such creative ideas the CMUN is destined to be a great experience for all.

They have 7 great committees at our Copernicus MUN. All are led by experienced and dedicated chairs who will ensure the best experience for all. Here is the list of all the committees:

The Security Council is the United Nations’ most powerful body, with “primary responsibility for the maintenance of international peace and security.” Five powerful countries sit as “permanent members” along with ten elected members with two-year terms. Since 1990, the Council has dramatically increased its activity and it now meets in nearly continuous session. It dispatches military operations, imposes sanctions, mandates arms inspections, deploys election monitors and more.

Crisis comittee is one of the most innovative committees to have ever been a part of polish MUN. It revolves around multiple crises (which are fictional turns of events affecting current political and social problems) that normally would be discussed in various comittees.

Economic and Social Council (ECOSOC) is one of the six principal organs of the United Nations (UN). It is responsible for the direction and coordination of the economic, social, humanitarian, and cultural activities carried out by the UN. It is the UN’s largest and most complex subsidiary body.

Disarmament and International Security Committee, DISEC, is one of the General Assembly’s committee and was established in 1993. As the first committee of the General Assembly, it generally deals with disarmament, global challenges and threats to peace that affect the international community, and seeks out solutions to the challenges in the international security regime. It considers all disarmament and international security matters within the scope of the Charter or relating to the powers and functions of any other organ of the United Nations; the general principles of cooperation in the maintenance of international peace and security, as well as principles governing disarmament and the regulation of armaments; promotion of cooperative arrangements and measures aimed at strengthening stability through lower levels of armaments.

The idea of International Criminal Court is to hold people accountable for crimes on an international scale in order to prevent them from happening in the future.