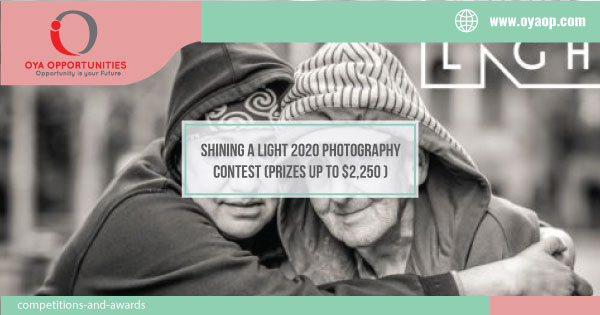 Competitions and Awards
Country: USA
City: Louisville
Save
Looks like you haven't logged in. Login to save opportunities.

The Muhammad Ali Center proudly announces the theme of its seventh annual 2020 Shining a Light International Photography Contest and subsequent exhibition, titled Women’s Fight for the Right. As 2020 is the centennial anniversary of the ratification of the United States’ 19th constitutional amendment and the 55th anniversary of the Voting Rights Act, the Muhammad Ali Center is commemorating this occasion with Women’s Fight for the Right, in hopes that it will honor the women around the world who have fought and continue to fight for the right to vote without bias, without discrimination, without violence, and without fear.

The contest host will produce a documentary-style exhibition at the Muhammad Ali Center in Louisville, Kentucky beginning March 8, 2020.

Contest Theme: “Shining a Light: Women’s Fight for the Right”

The 19th Amendment states, “The right of citizens of the United States to vote shall not be denied or abridged by the United States or by any State on account of sex”. To commemorate this centennial anniversary, Women’s Fight for the Right will focus on women’s suffrage on a global scale. Further, it will explore the narrative of suffrage, and reflect on women who have fought, throughout history and all over the world, for political representation and the right to participate in politics.

Hence, the Muhammad Ali Center is asking for photographs to tell the most holistic story, spanning history to today, with moments from as many nations as possible.

The judges of 2020 Shining A Light will select three winners among the submission. The winners will receive a monetary prize as such”

Muhammad Ali Center will reward the monetary prize in the form of a check, mailed to the address provided by the winning photographer(s) care of FedEx Express. Moreover, the Center will provide the tracking number for the parcel will to the photographer. Though the center will award monetary winnings directly to the chosen winners, they can opt to donate their proceeds to a non-profit charity or organization of their choosing.

Further, the winners will also receive recognization through the Center’s Press Release, Website, and Social Media

Photographers all around the world can submit for the 2020 Shining A Light Photography Contest if they abide by following rules:

How to enter Shining A Light Photography Contest?

In order to participate in the Photography Contest, candidates must submit their photographs via online form. Further, the candidates must abide by the rules of the competition.

Muhammad Ali Center accepts the application for the Shining A Light Photography Contest until 31 December 2019. Submission after the deadline is not eligible for awards.